I like to think of myself as generally quite open-minded about music. There are certain genres and artists that I really like but I'm usually quite happy to listen to whatever is on the radio. It might not necessarily be what I would buy, but it doesn't offend my ears.

However, every now and then a song comes along that I feel I need to voice an opinion on. And the latest one is the song #Selfie by The Chainsmokers. (Here it is if you're lucky enough not to have heard it yet. I apologise in advance...)


The first time I heard this song I remember my first impression being how utterly awful it was and thinking that it must be a joke or some kind of parody. However, as I said, I like to be open-minded so I decided that maybe it just wasn't my cup of tea and that hopefully it would just blur into the background of all the other songs on the radio. As I started to hear it more and more I seem to have gone through two further stages of thinking.

After stage one of really disliking it, stage two, I'm ashamed to say was me actually in a strange way enjoying it. This came about due to it being frequently played when I was at the gym and realising it is actually a really good song to workout to. I began to see how it was quite catchy and I could appreciate it's appeal.

BUT, then came stage three. As I heard the song more and more I listened to what it was saying and saw how the messages it was giving out are not ones I necessarily agree with. These are:


Basically, the song is saying that in order to sleep with someone you need to go out, get drunk and show the world how great you look. Now, I may be taking this all too seriously, and I'm guessing the song is meant in a light-hearted and slightly comedic way. But the issue I have is that the main audience for this song is probably young people, specifically girls, who shouldn't be encouraged to take part in this kind of behaviour. Smoking and drinking to excess and feeling that the only way to be liked is through your appearance is not a message that I want to be given to young people. I think it's irresponsible to normalise messages like this, and the more it happens, the more 'normal' they will become.

So, when this morning Fearne Cotton stopped the song halfway through, saying she just couldn't face playing anymore of it, I was silently applauding her. She may not have the same reasons as me for disliking it, but just the fact that she does is a start.
Posted by Hannah S at 13:24 No comments: 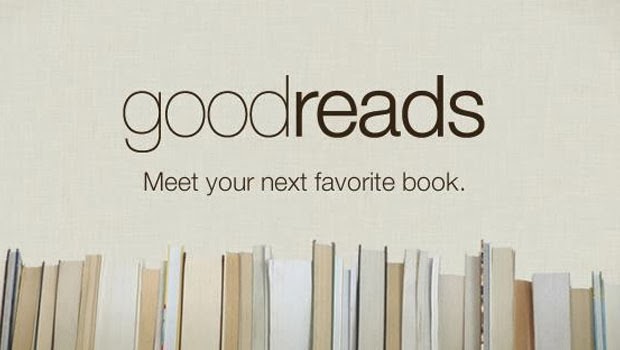 I first joined Goodreads years ago but never really understood what use it was to me then. Recently I've started using it regularly and, as an avid reader and book geek, it's proving to be pretty good. You can read real honest reviews, get recommendations for new books based on what you like, and see what your friends are reading (great for me as I'm pretty nosy when it comes to books!). Just to point out before I go on, this post is in no way sponsored by the site, I just wanted to share how much I've been enjoying it lately! (Although if anyone wants to pay me, preferably in books, I'd be more than happy!)

One of the things I like most about it is that it lets me keep a really easy record of what I've read and what I'd like to read. I'm terrible at remembering what I've read, and therefore authors I would like to read more from. I've often found myself wandering around the library thinking 'what was that really good book...?' hoping inspiration will spring from the shelves and I'll recall what I read only a few months ago. So, for someone like me with a rather poor memory this helps to catalogue what I've read, and also allows me to add books to a 'to read' shelf if I come across something I find interesting and can look up at a later date.
Read more...
Posted by Hannah S at 12:30 No comments:

Why are you vegetarian?

I've lost count of the number of times over the years that I've been asked this question. It seems to happen less often now that being vegetarian is a very much accepted part of society. But even so, it is something that fascinates many meat-eaters - many who think being vegetarian just involves eating vegetables, means you must hate anyone who eats meat and are surprised you can get through the day without passing out from lack of protein. So here's my thoughts about being vegetarian, mainly so I can direct the next person to ask the dreaded question to this blog post and save myself a lot of time. 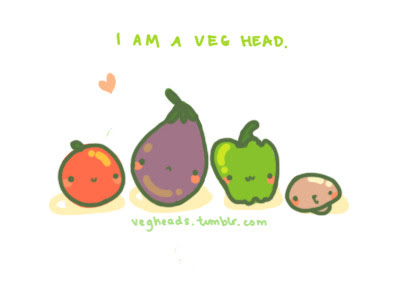 Last weekend I attended my first ever 'Hen do'. It was certainly an experience! One person described it as being like a 6 year olds birthday party with added alcohol and I think this is quite accurate!

Here are a few photos to illustrate the festivities... 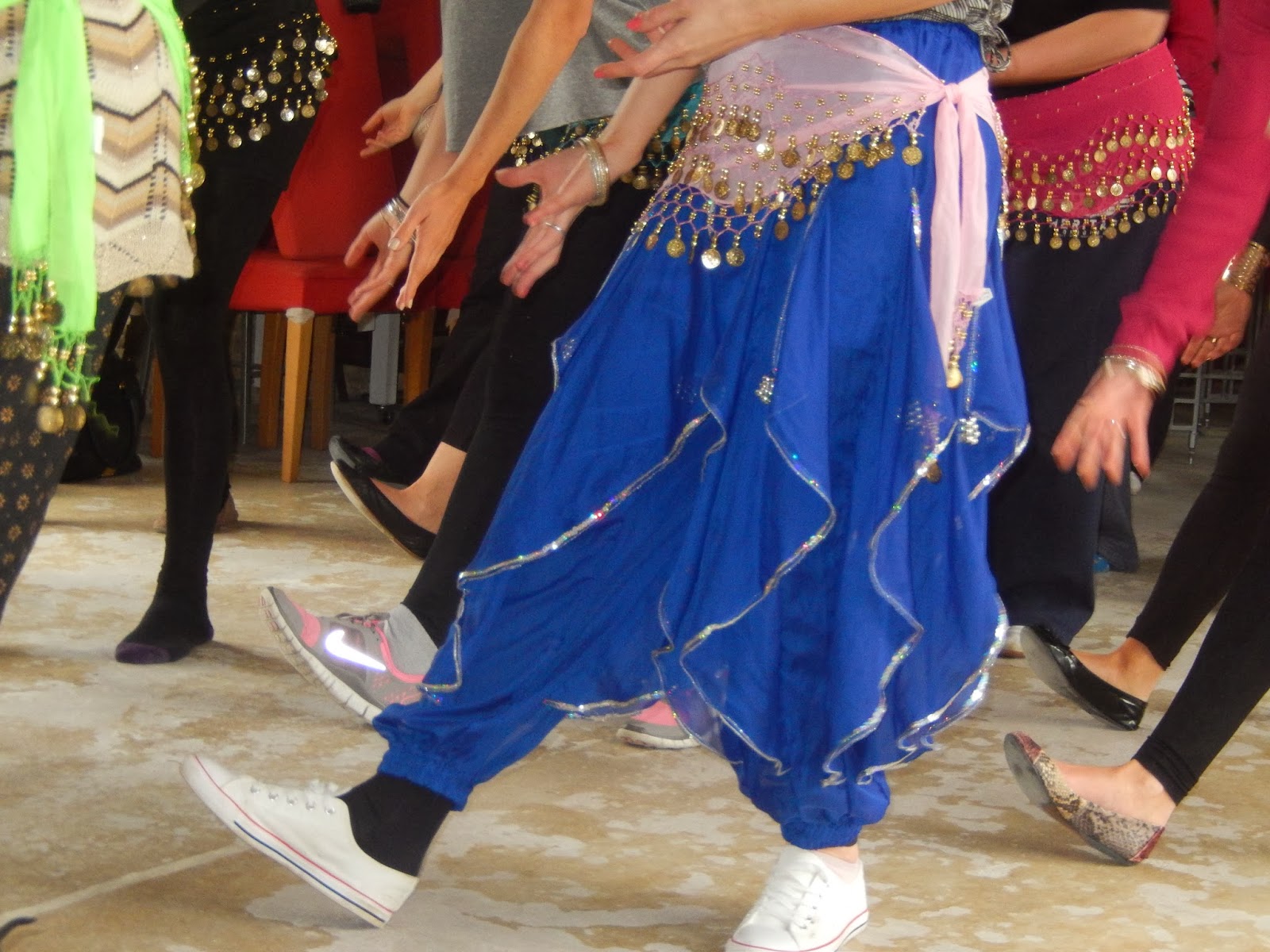 I was recently watching an episode of the panel show Room 101 when Richard Osman picked something which I could completely relate to - people telling him he is tall. This got me thinking, if I was to go on the show, what other things would I banish to Room 101.

For anyone unfamiliar with the premise, the panel on the show pick their pet hates and peeves which are then consigned to 'Room 101' (taken from Orwell's novel Nineteen Eighty Four). I've had a look on wikipedia and some of my favourite things people have chosen include novelty underpants, people who look like cats and the small piece of cotton that holds a new pair of socks together.

People telling me I'm tall
Copied from Richard Osman I can completely agree with this one. For starters, I don't think I'm actually that tall. At just over 5'9" I am above average height for a woman, and if I wear heels I do tend to tower over many of my girlfriends but I don't think I am an exception. Secondly, what do you expect my response to be when you tell me that I'm tall? Yes, I know I am, I live with it everyday, very good observation. If this is your idea of small talk, I suggest you try harder! And finally, would you tell a short person they are short? I think many people would probably find this rather rude. I like to think by telling someone they are tall you are giving them a subtle compliment, but from the look on many peoples faces I fear it is merely one of those statements that slips out of your mouth before you have really thought about it.

Baking at the weekend - Cherry Scones

I can often be found in the kitchen baking cakes or cookies at the weekend. I'm not the best cook in the world but I've learnt lots from my mum and one of our favourite things to bake is scones. This is our own adapted recipe as I love cherries and they make a great substitute for sultanas (you could use both if you liked!) It's a really simply recipe and quick to make. They can even be frozen for another day - if you've managed not to eat them all that is! 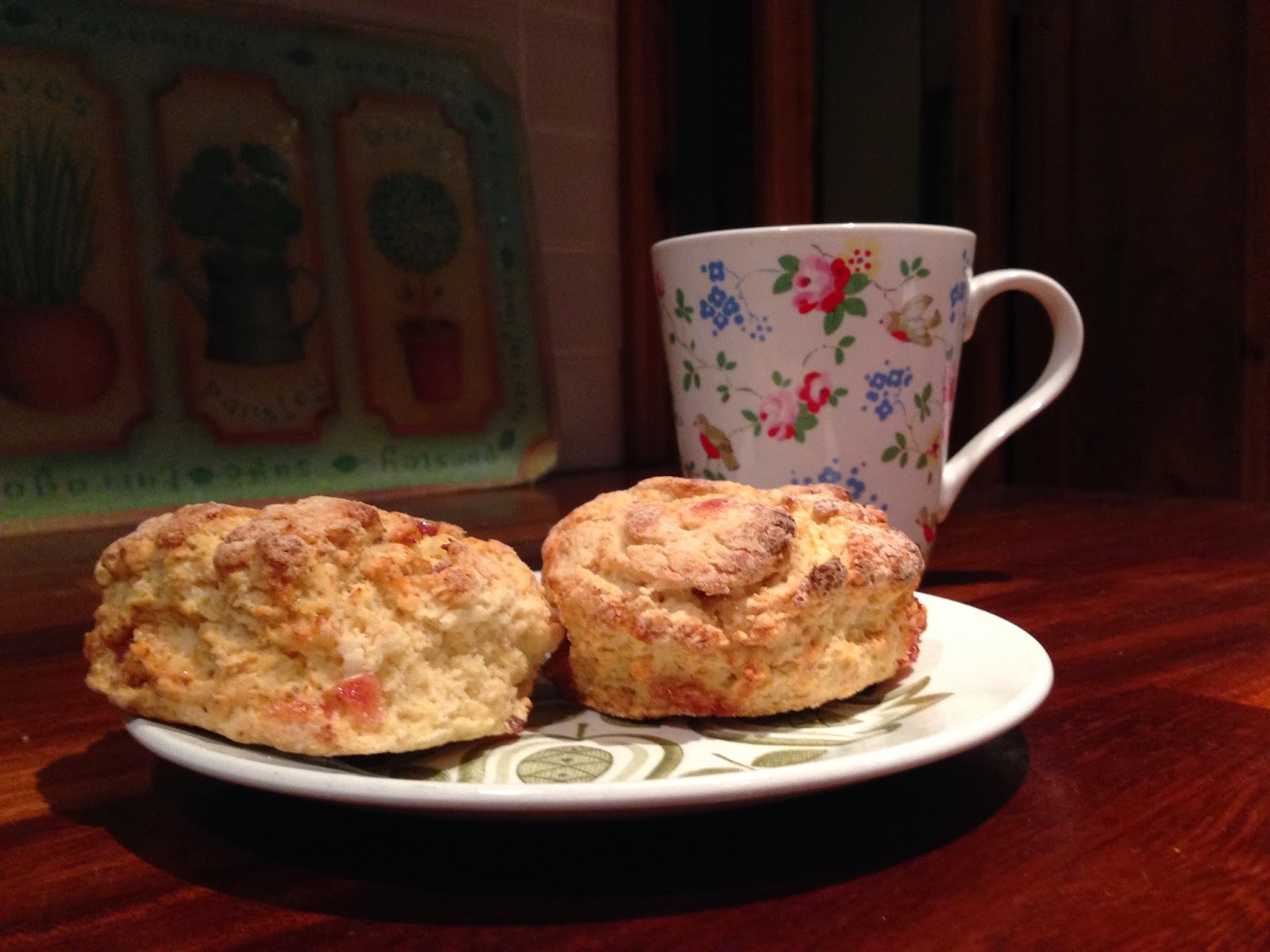 I don't make it a secret that one of my favourite pastimes is to sit down and watch a good (or slightly questionable) programme on television. I mainly like dramas but I'm also partial to a good comedy show, documentaries and even the odd reality show.

Although I love tv watching I'm terrible at doing it when the actual programme is scheduled to be on! This is why the invention of catch-up tv and recordable devices are a godsend to me. I must have kept iPlayer and 4od in viewing figures during my university years. So some of the things I watch may be slightly outdated and I do tend to have to avoid spoilers, but this means I can skip ad breaks and watch what I want, when I want.

So here are a few of my favourite shows I've been watching recently.

Homeland
Yes, I know the finale was a while ago but I have only just caught up with it. And wow, I'm glad I did! I know the second season was criticised for not living up to the critical acclaim of the first but I think the third season has been back on top form again. I have no idea where they will go with the next one, but I hope they don't hang around too long with it! Plus, I always have time for a Claire Danes cry-face! 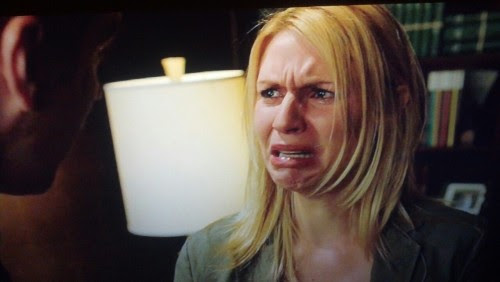